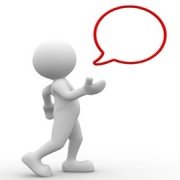 What is all this about EMV and Apple Pay?  EMV is a globally accepted smart chip technology payment standard established by EuroCard, MasterCard and VISA in the early 1990s. EMV cards come with an embedded microprocessor (chip) that provides better transaction security, card authentication and additional application capabilities not possible with traditional magnetic stripe cards.  Apple Pay is the ability to process payments from your customer’s iPhone by having them waive it in front of your payment equipment.  It is called Near Field Communication (NFC).

Why EMV?  The migration to EMV technology in the U.S. will help:

When do merchants have to be compliant?
October 2015 is the important date to remember.  It is then that liability will begin the shift to merchants without compatible equipment.  There’s plenty of time but now is the time to begin looking for options.
Don’t get fooled.  The new equipment is not expensive.  The cost can be as little as a few dollars in some cases but will be just slightly above $200 in most.

Enables merchants to offer cardholders a secure payment of their choice:

Things to think about …

Are you familiar with the new EMV or chip-based payment cards?  Have you seen them?
EMV cards are the new cards that the major banks and credit card issuers will be sending out to their customers in the U.S. A few consumers have already received these new cards, however approximately 100 million EMV cards will be issued in the U.S. this year. You will definitely see more customers with this type of payment card very soon. The EMV card contains a gold microchip, which adds an additional layer of security, and will be easily recognizable to you.

Is the current terminal you use EMV- enabled?  How is the terminal that your currently use working?
We have a range of solutions from easy to use terminals to full functioning POS solutions.

Do you want to accept contactless payments such as  Apple Pay™?
Contactless payments including Apple Pay provide solutions for payment that are 53% faster1 than traditional magnetic stripe card transactions, providing faster checkouts and greater customer satisfaction.  In addition, both Apple Pay and EMV provide an opportunity to drive more innovation to the customer experience by adding emerging technologies to boost loyalty, repeat business, and improve customer satisfaction.

Things we hear in the field…

I’m a small Merchant; I don’t need to worry about card fraud.
As recently published and widely covered card breaches at several large national retailers in the US show, breaches and card fraud are extremely costly and damaging to the brand.  For a small business, an incidence of fraud can be catastrophic.  In addition to minimizing the risk of fraud merchants implementing EMV chip payments in neighboring countries, including Canada and Mexico, have reported a significant decrease in fraudulent transactions. In addition, on October 1, 2015, the merchant whose POS system is not EMV-enabled will assume full liability risk for fraudulent card-present transactions when processing chip cards on a non-EMV enabled terminal.

My bank or processor has to worry about that, I’m covered.
Companies you work with can help but it is up to you to become compliant with the EVM requirements and deadlines.

I don’t take that many payments.
Number or size of payments doesn’t matter.  The Merchant will be liable for any and all fraudulent transactions if the point of sale equipment isn’t EMV capable.

Nothing has happened yet.
The likelihood of a data breach is greater than you may think and consequences can be catastrophic.  With the move to EMV in Mexico and Canada, more fraud is migrating to the US where EMV has yet to be fully adopted.  As a case study, the Netherlands was a late adopter of EMV in Europe – they saw a 300% increase in fraud rate in 4 years2.